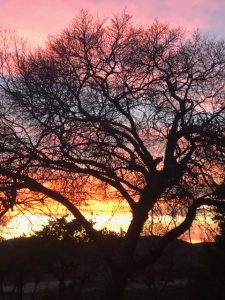 This was Solstice, sunset, December 21, from here the sun starts moving north. Cold — but the inner works of bare trees will start to notice.

Not so much fun playing around with ads for my e-books, not as much as it used to be. I used to live it — it was new, exciting, you got to handle your own advertising and take your owen chances but it quickly became boring.

Viking Bard is way down in the rankings but I don’t really care all that much. Too much time and effort to drive it up when I have other books to write. Maybe sometime in the month of January I’ll try for a Bookbub ad if I am not too involved in the next book. 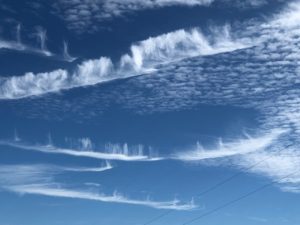 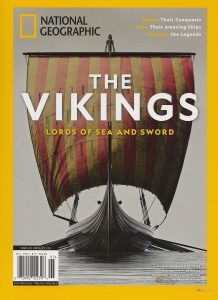 Couldn’t resist —  reprint of one of National Geographic’s most popular editions. This is a computer-generated image, and a wonderful one. One reason I couldn’t resist is that the sail is red-and-yellow striped as in Viking Bard. 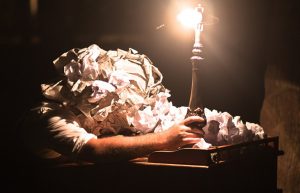 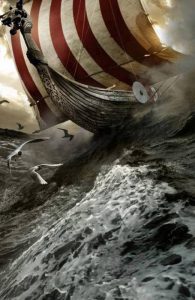 Hot days and gorgeous clouds over the Missouri River valley, flights of birds heading south. Sandhill cranes, which figure in Lighthouse Island seem to want to take your heart away with them as they head south into Texas, they make the weirdest clattering noises.

Read an article about NASA being bogged down in an impenetrable bureaucracy. All us science-fiction fans hope that they are inventing new ways to build the Moon Station, to ferry explorers to Mars, to land on the moons of Jupiter but alas, it seems that the emphasis is on meetings, on rising up the ladder, being invited to the latest managerial retreat for seminars on How To Manage, on seeing that nothing gets done. It was a depressing article.

I must start in on the long road of advertising Viking Bard. It is such a chore. But I like my Bard and his misadventures, and want more people to get to know him.

What better place to be on a hot August day in the Midwest than on the shores of France in November. The Bard escapes his drunken father and shamelessly leaves his mother and sister to deal with him — cowardice perhaps but  a young person has to have his own life.

And so he is off on a cold, wet and perilous adventure — our technology differs from those old times of wind and sail and wooden spoons but human nature, malgre lui, remains horribly the same. 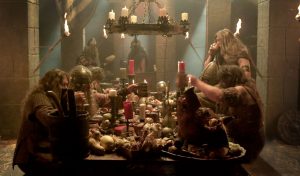 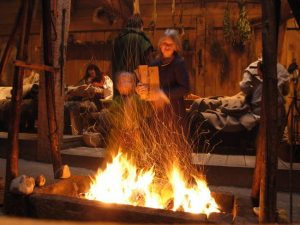 Lots going on around here, I can smell the neighbor’s barbecue and it appears he is doing a good job. Myself and grandkids are sunburnt and smell of fish guts. I make them clean what they catch.

Viking Bard is just about ready to be uploaded. The North Sea and its airborne dragons are a far cry from American heat, hamburgers and ribs but we can view it all from a safe spot — reading in bed at night, very comfortable, while the Bard struggles with his oar in a howling storm. 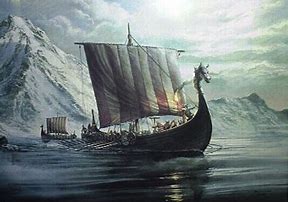 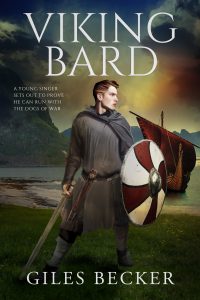 This was fun to write —should have done more sailing however. But the danger of that is getting the story overloaded with sailing terms.  This adventure takes place in 898 — or 897 — but our hero, the bard, never can figure out the Christian year system.

Truly weird concepts by the Russian artist Sergey Kolesov. Look him up. He does mostly very strange stuff, most of it repellent but he is very talented, very gifted. Some of his work is let us say less repellent but always with a twist, with tiny figures added in a place and size where your eyes go last when searching the details of the work, and those tiny figures often completely contradict the mood of the larger figures. 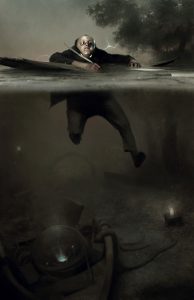 I make promises to be better and then when I come to add a post I see that I have not been here since Christmas, a lazy blogger, the season all past and this white space forgotten and longing for words.

Dystopia — ! This is a wonderful painting by Filip Hodes. 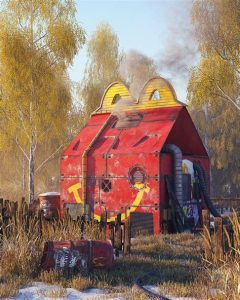 MacDonalds’ in a deserted dystopia world. I am soon going to go wide with the 88.3 series which is going to be a lot of work and have even considered audible books. Work, but fun. Also a new Viking novel about to go to the formatter.